Gaining access to a seller’s home via lockbox code is a huge responsibility that should not be taken lightly. It is your responsibility as the property inspector to be mindful of this responsibility and take the correct steps to ensure it remains secure and ready for the next party who needs to use it.  Just as important as having access to the home, it is equally critical to lock up the home and secure the key during and after every inspection. Lockbox codes should never be shared with anyone, including your client/home buyer.  At the end of the day, if you were trusted with the key/code, you are responsible for its safekeeping.  Experience tells us that the best practice to assure that you do not lose the key or lock yourself out of the home during the home inspection is to unlock the door then immediately place the key back in the lockbox and securely lock it back up. This way you can be sure it is secure throughout the entire home inspection.  As home inspectors we do not want to unlock the door and bring the key inside the home and leave it on the kitchen counter or elsewhere.  It is extremely easy to lock yourself out of the home if one of the doors auto locks.  Likewise, if the key is on the counter (or in a location that anyone can access it) the buyer’s agent, the homeowner, other contractors, the home buyer/client or any child could pick up the key or move it and/or lose it during the course of the home inspection. There have been instances where a home inspector puts the key in his/her pocket or tool bag for ‘safekeeping’ only to realize after they have left the property that the key is still in their possession.  Imagine what this situation does for your image or the image of your inspection company.  Sometimes the seemingly small issues can lessen the likelihood of generating future business and referrals.  Equally, if not more harmful than taking the key with you would be leaving the key in the door.  In this scenario, anyone who happens upon the door now has access to the seller’s home which opens the door (pun intended) to a whole host of liability issues and loss of trust.

Using this last scenario as an example, recently it was reported that an inspector was evaluating a property in Denver, Colorado.  After gaining access to the property, the inspector placed the key on the kitchen counter and continued evaluating the home.  The inspector realized after exiting the home, the door locked behind him, leaving all of the attendees locked outside the home with the only key sitting on the kitchen counter.  With Murphy’s Law in full effect, it was the only key available whie the sellers were at work.  A locksmith had to be called, costing the home inspector $180 out of his own pocket.  The buyer’s were also taking time off work to attend the inspection so every added minute spent dealing with preventable issues such as this just adds to their frustration—not to mention the fact that it looks very unprofessional.  All of these factors taken in combination makes it far less likely that this type of experience will generate referral business or positive reviews of your service.  All of this extra effort, expense and frustration could have been easily prevented by simply placing the key back in the lockbox immediately after opening the door.

Another recent example of what can go wrong if the key isn’t properly replaced in the lockbox involves a home in home inspector putting the key in his pocket and then driving home from Idaho Springs, Colorado back to Denver, Colorado after the conclusion of the inspection.  When the real estate agent called and needed access to the property later that evening after a long day of showings and home inspections, the inspector had to drive all the way back to Idaho Springs (a two hour round-trip) just deliver the key to the real estate agent.  All of that time spent driving and the fuel associated with the trip are expenses that we do not get paid for and could be put to a much better use.

Poor stewardship of lockbox keys can have even more significant monetary impacts when other contractors are involved and are looking for subsequent access to a property.  In another instance, an inspector was at a home in Deer Trail, Colorado and again, placed the key in his pocket for safe keeping.  Like in the previous example, this inspector made it all the way back to Denver.  Later that afternoon, our office received a call from The Radon Testing Company and Sewer Optics who were attempting to gain entry to that same house to drop off a radon test and perform a sewer scope (both of those services are highly recommended on every real estate transaction).  Not surprisingly, they were having difficulty locating the key which by now had made its way about 2-hours from where it should be.  Add to this the hour the Radon and Sewer technician wasted attempting to get access from the buyer’s agent and listing agent and the fact that the homeowners were out-of-town.  In addition to the wasted time and frustration this situation caused, it also pushed back the date on which the technician was able to access the radon testing unit.  Being that the inspection objection deadline had been missed due to lack of access, and the fact that the inspector was directly responsible for that lack of access—when the radon test results showed levels above the EPA’s recommended action threshold, placing that key in his pocket in lieu of back in the lockbox cost the inspector approximately $1,000 in the form of a radon mitigation system.  In this scenario, the buyers would have certainly asked the sellers to have a radon mitigation system installed or to cover the cost.  Being that the deadline was missed all due to the simple act of not replacing the key, the inspector was responsible for covering the cost of the mitigation system. Think of how hard you need to work to earn $1,000 and how easy replacing a lockbox key is in comparison.

In the end, there are thousands of ways lockbox keys can go missing, get misplaced or end up in the wrong hands.  There is one simple way to avoid these pitfalls—just replace the key immediately after gaining access to the property.  Following this practice will help ensure you can spend more time performing a high-quality, thorough property inspection, provide great customer service and prevent circumstances that would lead to anything other than a 5-star review and ideally a future referral. 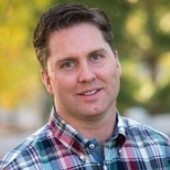 Home Inspections with Snow on Roof